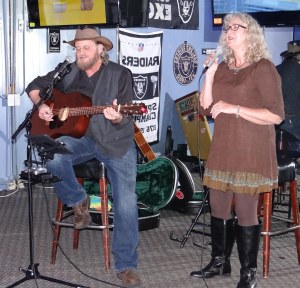 Rickey Gene Wright with Denise Owen opened the TexasSelectRadio.com Shaun and Dan show at Canucks in Lewisville on February 22. Rickey played his Americana songs, such as Island Red and Waitin’ On My Time. 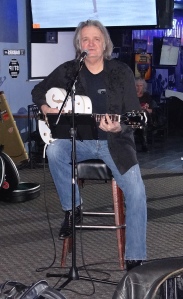 Rob Case took the stage next and played songs from his Last Call in Texas cd. Songs such as Song About Texas, Ipanema Farewell, and my favorite, Bayou City. 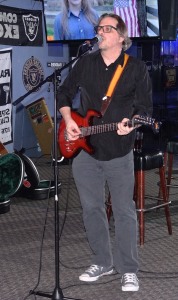 Next up was Jeff Stachowski with his electric guitar. He was a standup comedian in a former life and it shows in his songs of introspection with dry humor. Month of Mondays, 99 Postcards, and Little Green Men are three such songs. 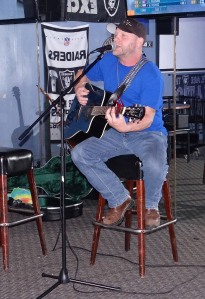 songs. Dan Roark closed out the evening with songs from his upcoming Ep, Hello Out There.

Follow the links and hear their music for yourself. Make a note of when they’re playing next and go see them and support live music. 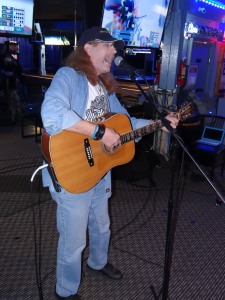 Come on out to Canucks on Thursdays and be a part of the TexasSelectRadio.com Shaun and Dan show. Good music, good food, and friendly atmosphere. If you are a songwriter and would like to be on the show, send Dan a message.